This group has concluded its research and projects. This content remains available for reference purposes.

The Educational Transitions: Continuity and Change (ETC2) Research Team consists of a number of projects.

Continuity and change in curriculum and pedagogies as children start school The study uses the policy trajectory model to examine the background and intent of policy at the national, state and local levels. The methods used to explore this will include interviews with policy makers at each level, visits to a wide range of sites across Australia and working with educators who have the responsibility of working across the different curriculum documents. Research outcomes will address the development and implementation of pedagogies of transition at the time of school entry and the impact of national curricula on these.

The project team recently presented some preliminary results from this project at a conference held in Canberra on February 25.
We are happy to share the presentation from this conference, but also note that data analysis is ongoing – particularly in relation to the survey results.
Download the presentation.

Continuity of learning through effective transition to school

The resource for this project was launched by the then Assistant Minister for Education, the Hon Sussan Ley on November 10, 2014. Online copies of this resource can be found on our publications page. 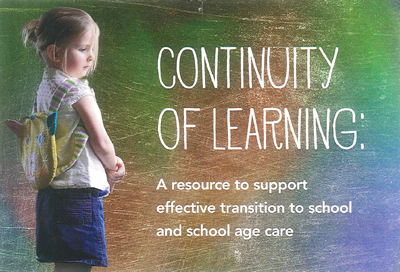 The aim of this project was to provide greater focus on children's transition to school, including the transition to out of school hours care, and the ways in which early childhood services utilising the Early Years Learning Framework for Australia (EYLF) (DEEWR, 2009) and the National Quality Framework (DEEWR, 2011) can work with children, families, other educators and professionals, as well as communities, to promote positive transitions to school for all children.

This was achieved through the development of a resource package, Continuity of learning through effective transition to school, that was informed by the researchers' expertise in educational transitions,  the Transition to School: Position Statement (2010), a reference group comprised of national practitioners and policy makers, and finally by identifying existing effective practice in educational transitions across Australia.

After extensive consultation and surveys, members of the research team visited 35 sites across the country to document examples of effective transition practice to inform the development of the resource. During these site visits, the team interviewed over 350 participants, children, parents and carers, educators, and community members. It is from these site visits that perspectives in the Continuity of learning resource were developed.

After it was launched, 18, 000 hard copies the Continuity of learning resource were distributed to every early childhood and out of school hours care service around the country.

The research team are still working with the large amount of data that was collected through this research project, and wish to publish more of their findings in the near future.

Let's Count is an early mathematics education program implemented by The Smith Family. The program materials were developed by the Bob Perry and Ann Gervasoni, with on-line subject material for EMC 101 Lets Count, developed by Amy MacDonald.  This subject is available to students in the B Teach/B.Ed, B.Ed Stud programs and as a general elective. A pilot implementation and evaluation of the program was conducted in 2011 (valued at $66 066). The evaluation was undertaken in five sites in Tasmania, Victoria, NSW, Queensland and South Australia.

The overall aim of this research project is to complete a longitudinal evaluation of the Let's Count program in terms of its success in bringing early childhood educators and the parents and other family members of children attending prior-to-school centres together to enhance children's mathematical engagement, and to measure the effect of the Let's Count program on children's mathematics learning outcomes and dispositions as they make the transition to schooling. 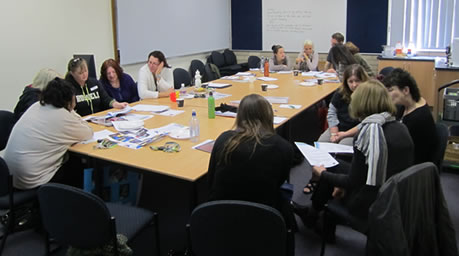 Let's Count is structured around two educator workshops six weeks apart and interaction opportunities for educators and parents and other family members to work together between and beyond these. The purpose of the workshops is to assist educators and family members to develop children's mathematical knowledge and dispositions as they make the transition to schooling. The study uses a mixed methods approach to investigate the impact of Let's Count on educators, parents and carers and children in the year prior to beginning school.

Children noticing their own and others mathematics

This study will generate new knowledge about young children noticing mathematics in their everyday lives. The project will involve working with children in both lower primary school and preschool settings, over a period of 6 months on a fortnightly basis. The methods used to explore this will include
spending time talking with the children about what they notice about both their own and their peers/teachers mathematics as well as developing artefacts such as drawings, to demonstrate this.

Gudaga goes to school: An ecological study of school transition and the early years of school for Aboriginal children in an urban community 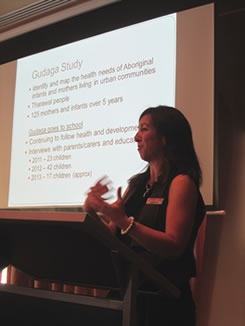 This longitudinal project is the first to trace the health, wellbeing and educational development of a birth cohort of Aboriginal children in an urban community of Australia. Working with UNSW colleagues, including Cathy Kaplun who
will graduate with her PhD from Charles Sturt University in 2013 and is now working as a post-doctoral fellow on this project, the project explores the experiences of Aboriginal children and their families as they start school and up to their third year at school. Lysa Dealtry (current PhD student) is examining children's
sense of identity and belonging at school as part of this project.

The project is one of the Gudaga suite of projects that reflects collaboration with the local Aboriginal community, UNSW and now Charles Sturt University over several years. Integrating preschool with the first years of school 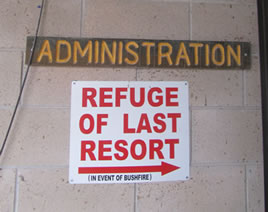 This project commenced in 2012 and was completed mid-2013. It involved an evaluation of the Integrating preschool with the first years of school trial, conducted during 2012 in South Australia. The trial aimed to assess the viability of the provision of a preschool program in a school setting for preschools with small numbers of children. It also examined the interface between the Early Years Learning Framework for preschool children and the Australian Curriculum for school students to determine whether a coherent learning program for children in an integrated setting could be developed. 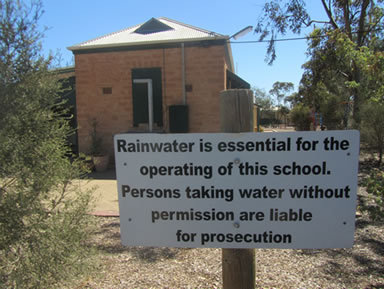 During the project, the research team visited 8 rural and remote sites in South Australia and interviewed 28 educators, 29 parents and 71 children about their experiences of an integrated preschool-school program. Members of the research team travelled several thousand kilometres to visit these sites and conduct the interviews. The final project report has recently been accepted. Staying on at school This project is a collaboration between UWS and Charles Sturt University involving a longitudinal study of students in nine high schools around NSW. Over three years, students completed extensive surveys exploring their intentions about staying on, or leaving school. Over 2000 students have completed the surveys. A sample of these students – identified as those most likely to leave school as soon as possible – also participated in interviews over a three year period. The extensive data from the project provides a great deal of information about the young people's connection and engagement with school, their motivations in leaving or staying on and their experiences of school. It also offers opportunities to explore the ways in which schools, and school staff, have initiated approaches to support these students staying at school, particularly in the light of the increase in the school leaving age.

Transition to school: Research to practice 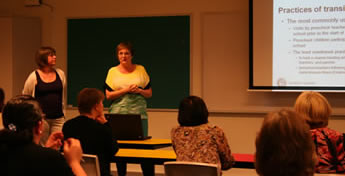 This project involved working with DEECD staff to plan and present a series of professional development seminars, sharing current research around transition to school. The presentations involved Charles Sturt staff and students, as well as international researchers visiting through the POET program.

Sessions and visits were held in Shepparton, Albury and Wodonga, 2013 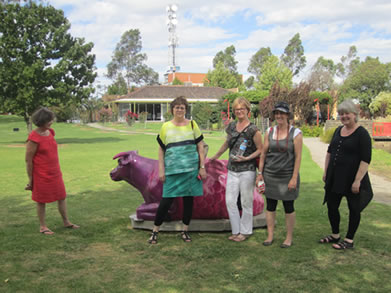 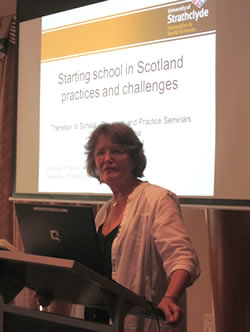 Over several years, this project has involved working with educators in South Australia to develop the notion of young children (3-8 years) as powerful mathematicians and to assist their educators in preschool and the early years of school in the development of their and their children's powerful mathematics. Through extensive mentoring and leadership opportunities, selected early childhood educators have led cluster groups of colleagues to develop their own knowledge and commitment to mathematics in the early years. In particular, two major artefacts have been developed by these educators in conjunction with the researchers: the numeracy matrix and the reflective continua. Each of these artefacts has been linked directly with the national Early Years Learning Framework  (EYLF) (Commonwealth of Australia, 2009), and the Australian Curriculum – Mathematics (Australian Curriculum and Reporting Authority, 2012) and are being used in South Australia by many early childhood educators to drive reflection, planning and implementation of their programs. Discussions about national dissemination of the reflective continua are currently being undertaken between the Department of Education and Child Development, South Australia and the Australian Association for Mathematics Teachers.